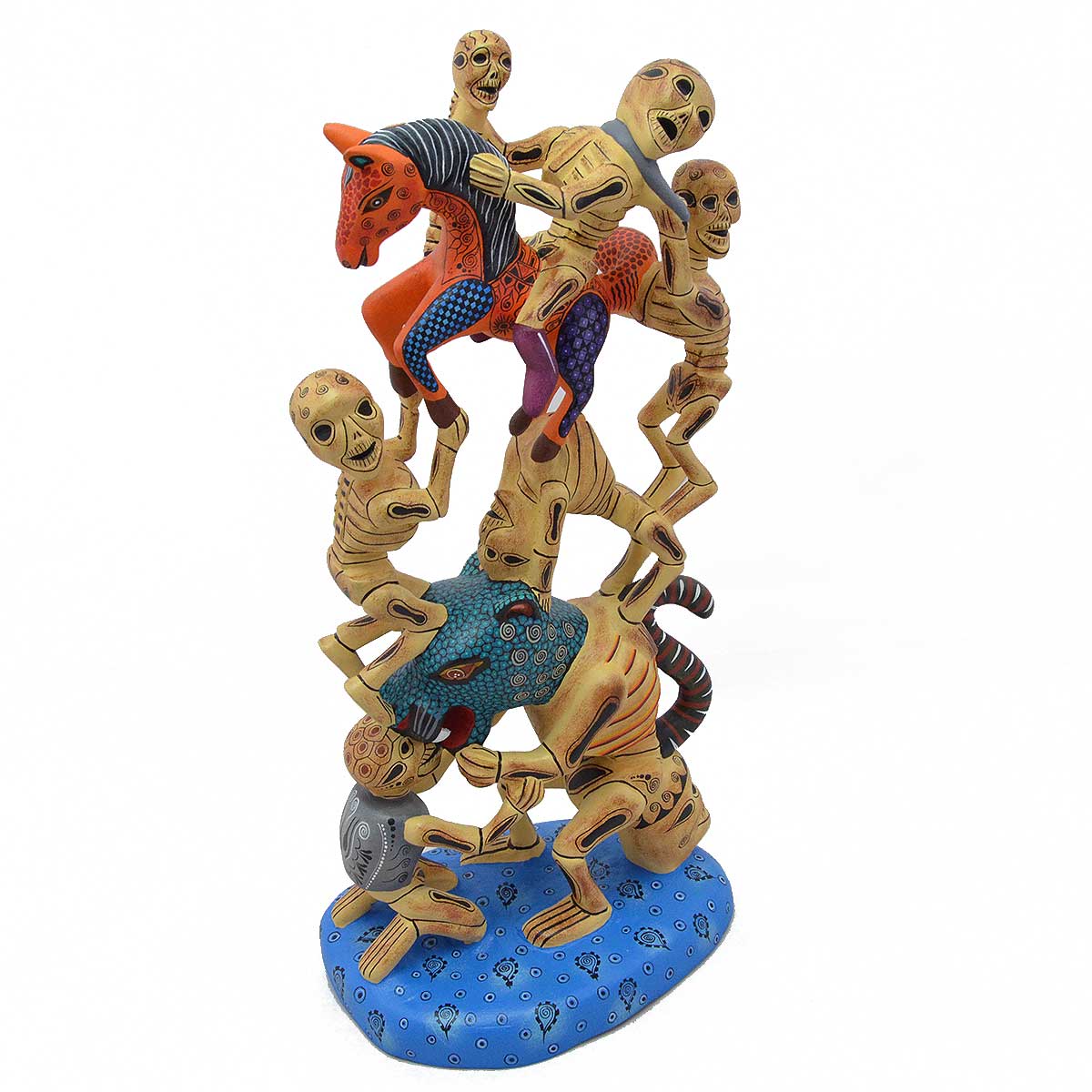 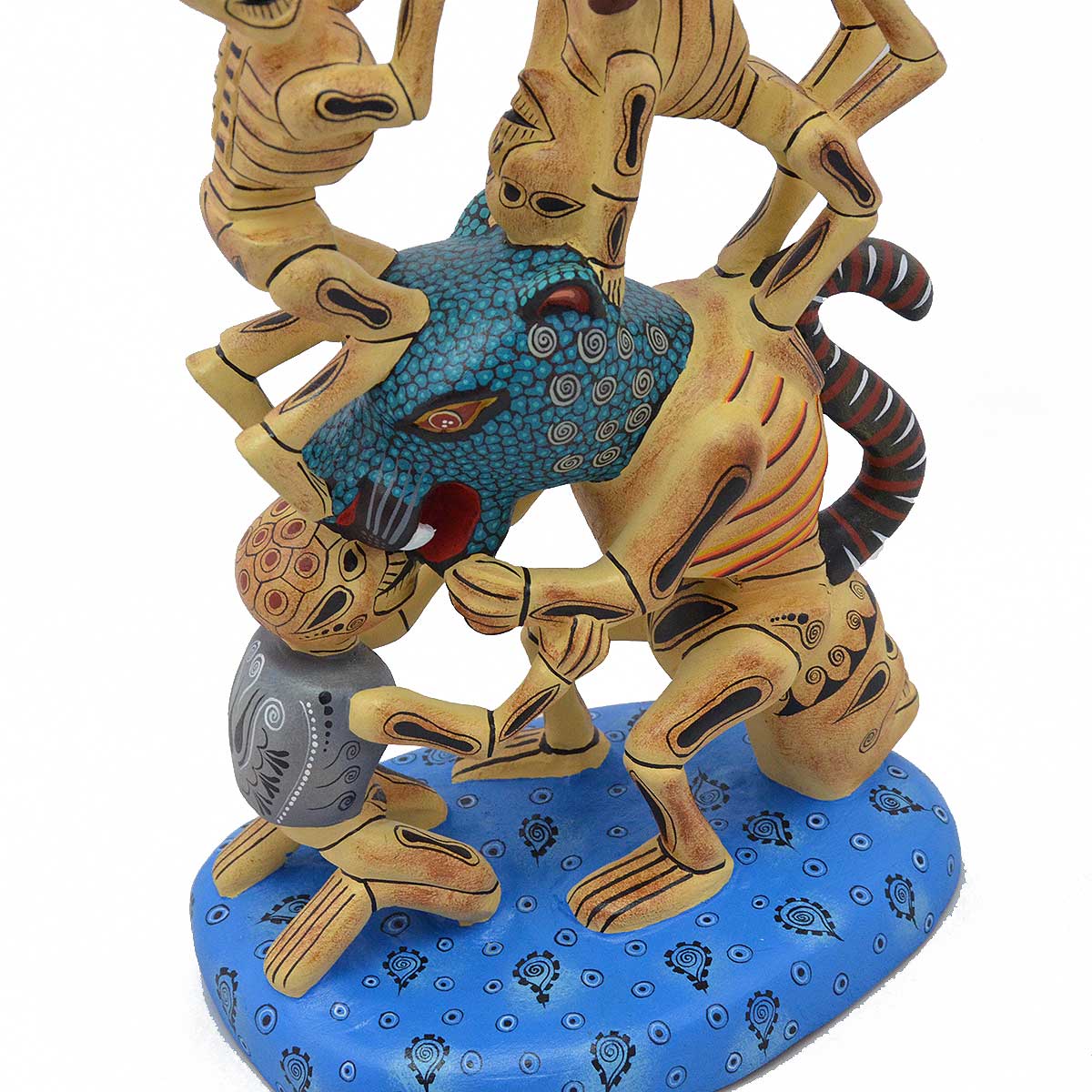 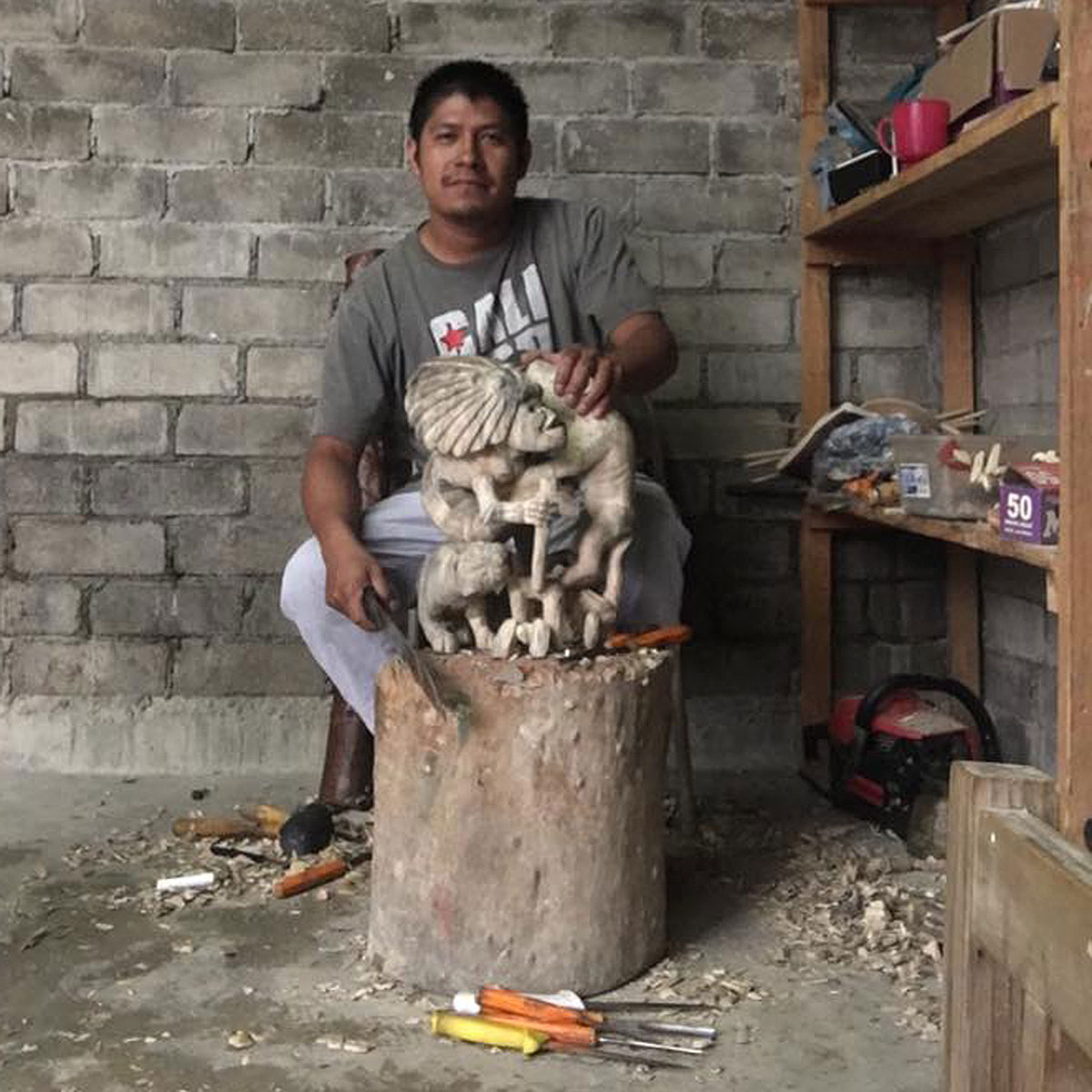 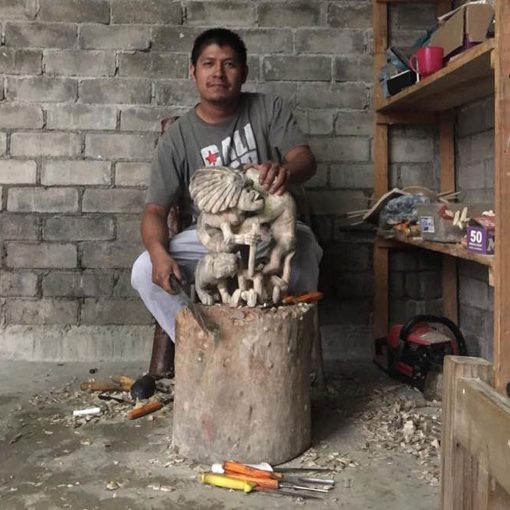 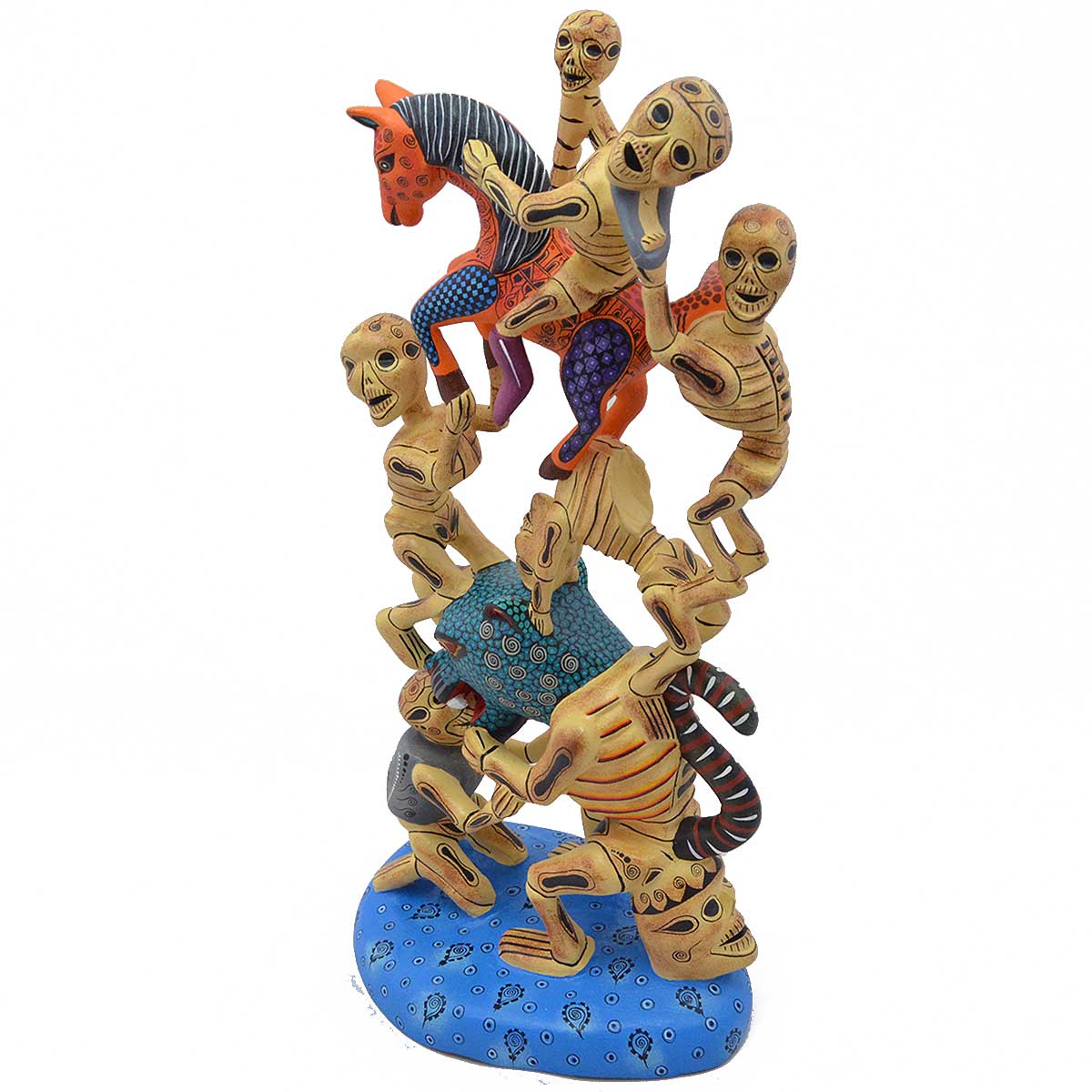 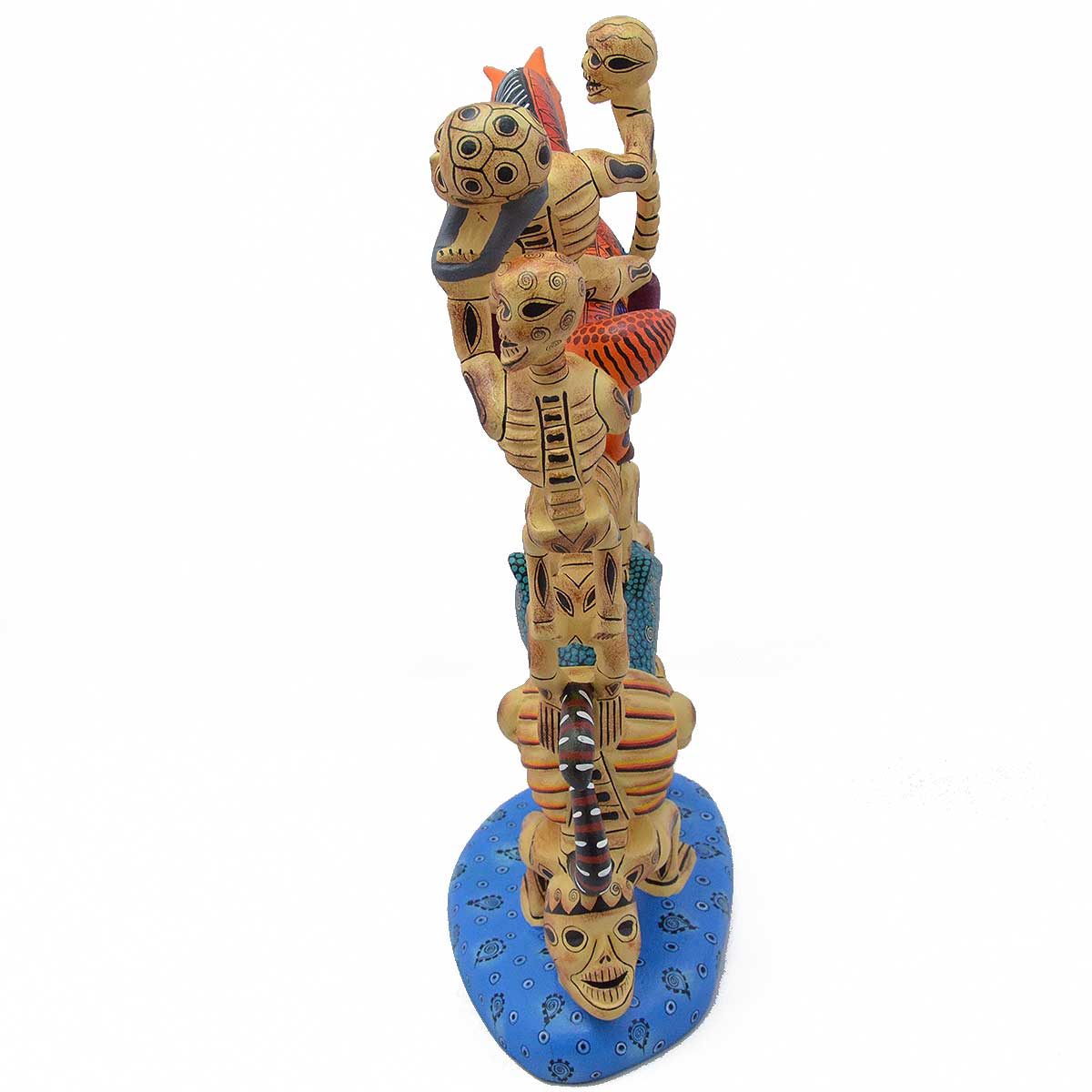 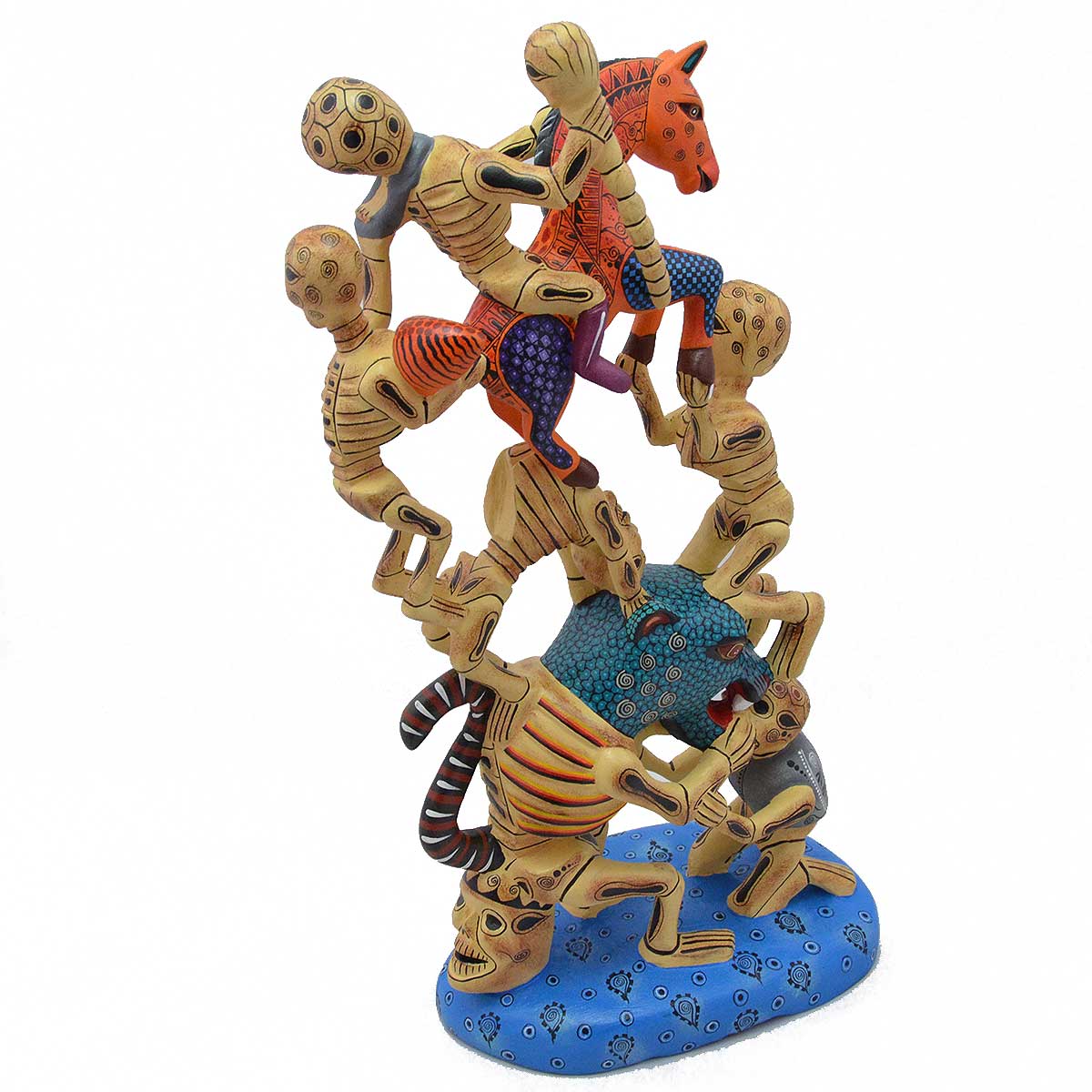 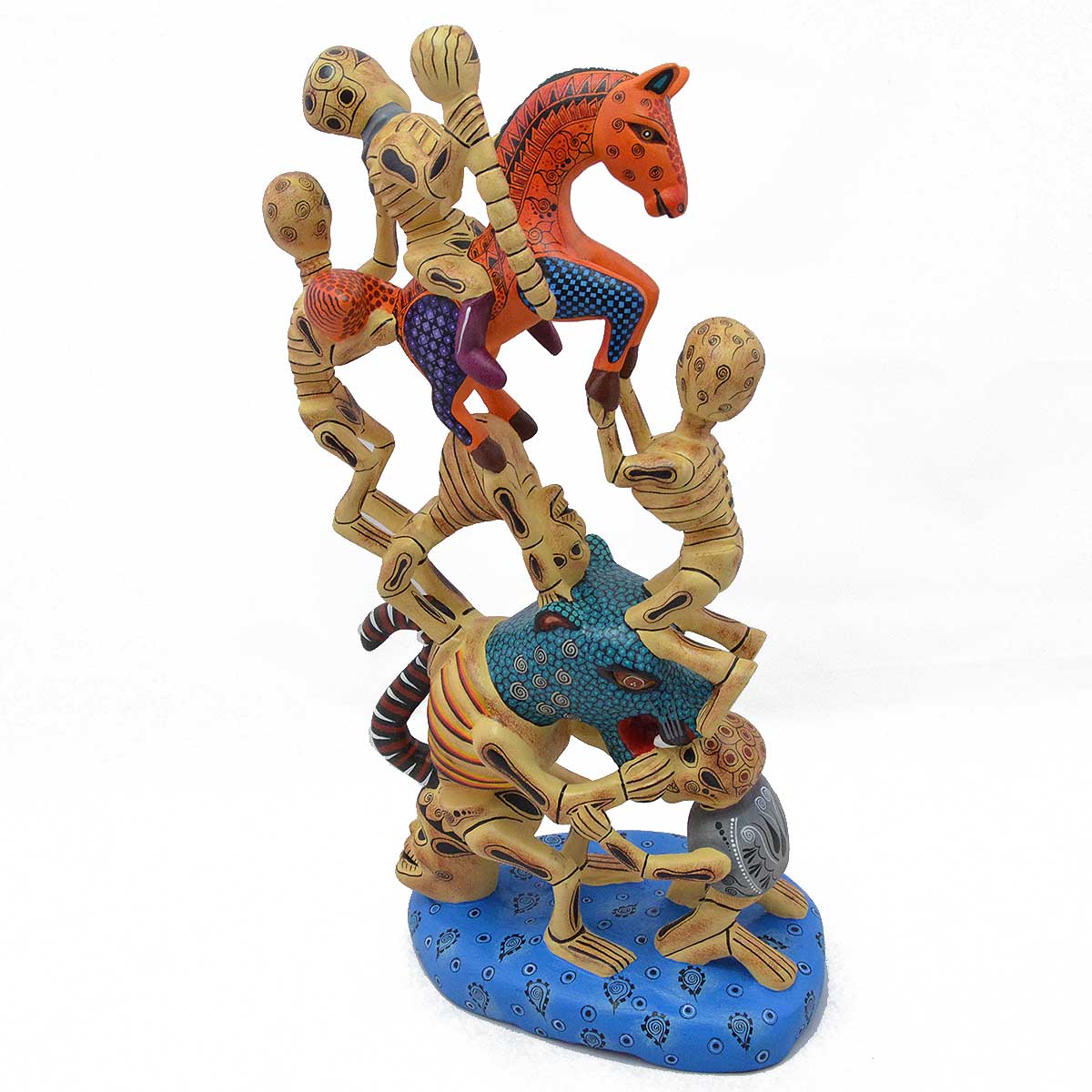 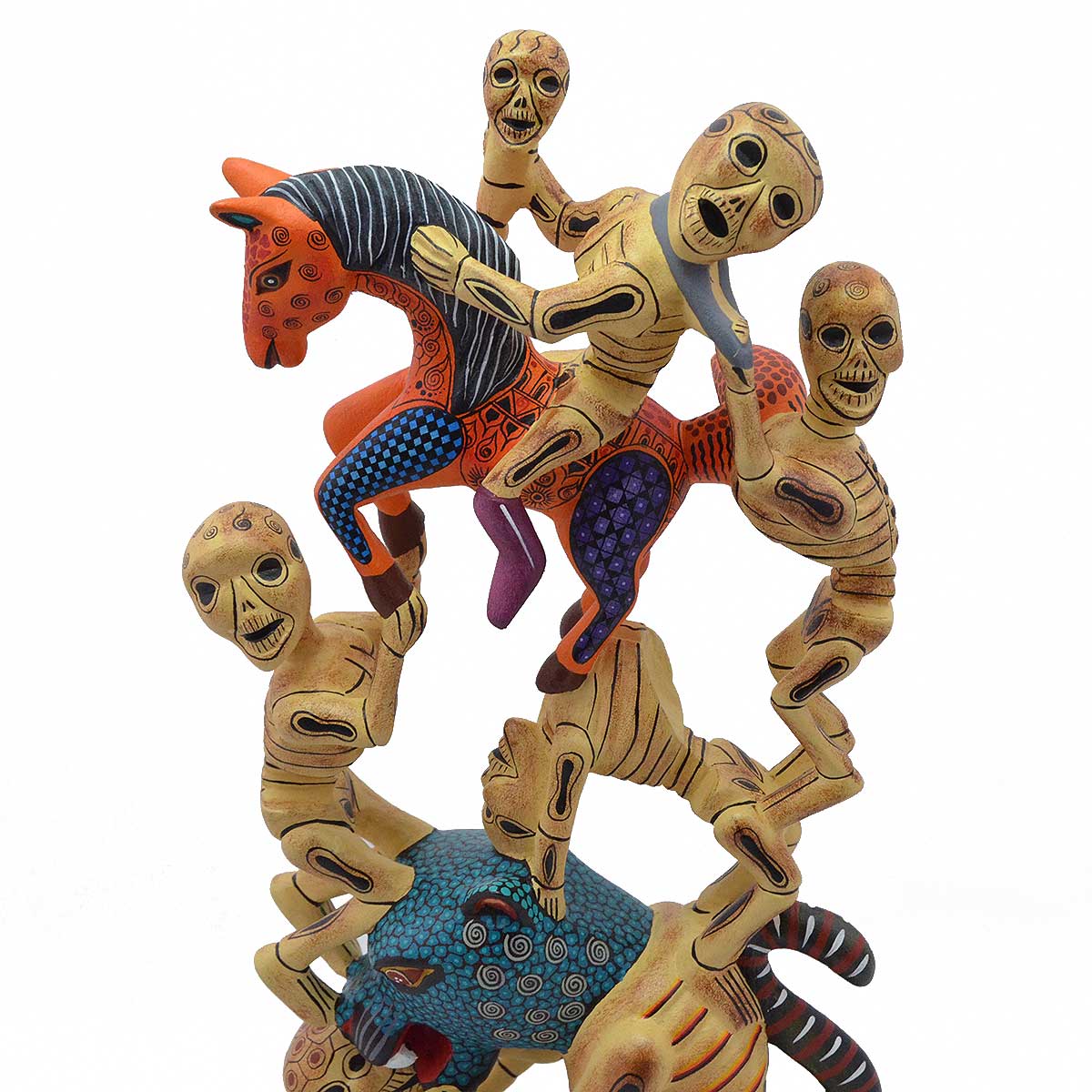 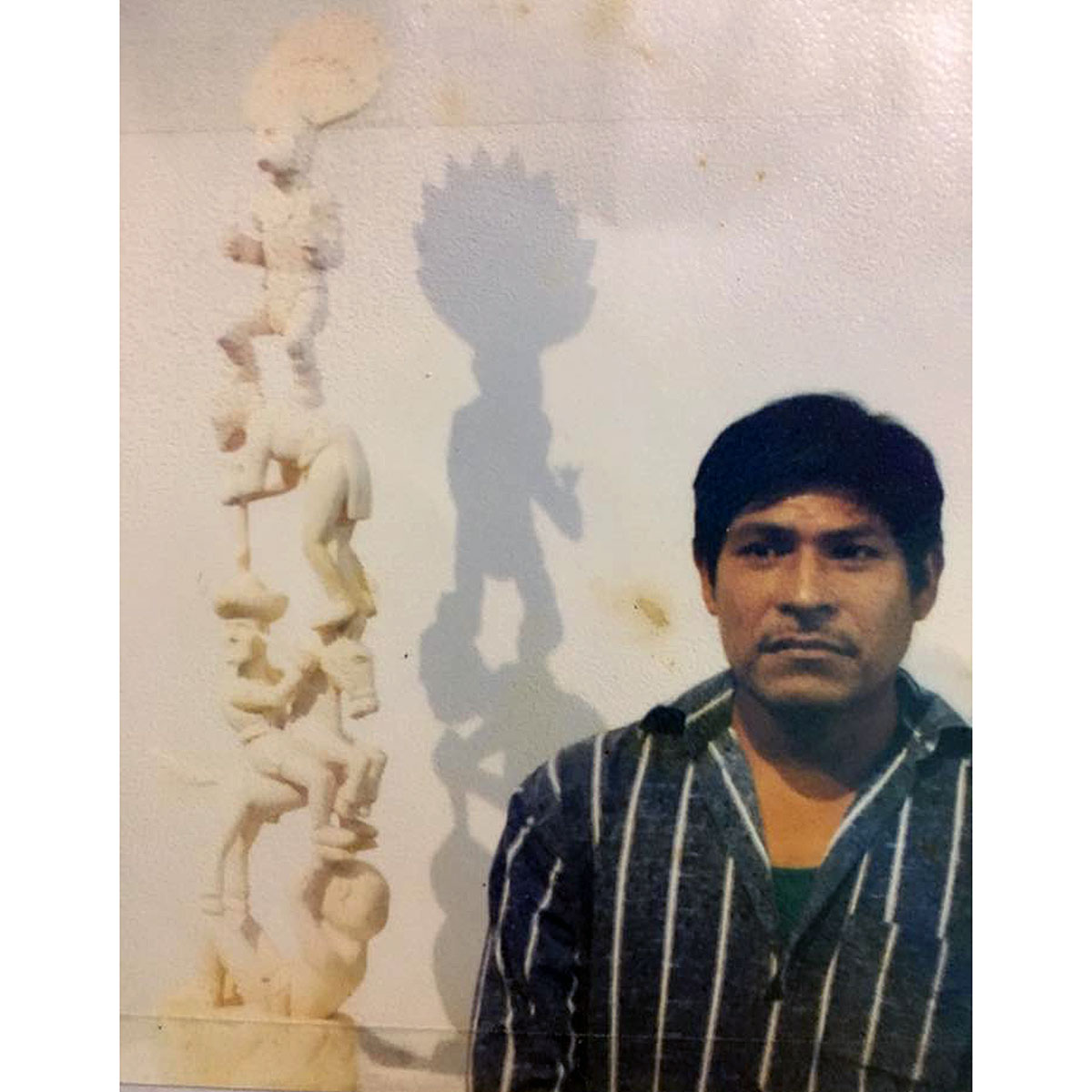 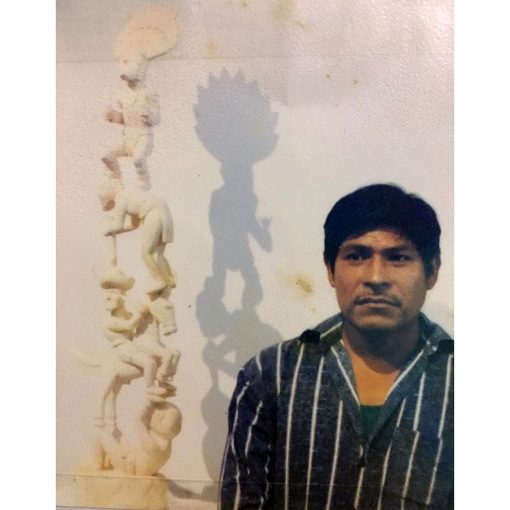 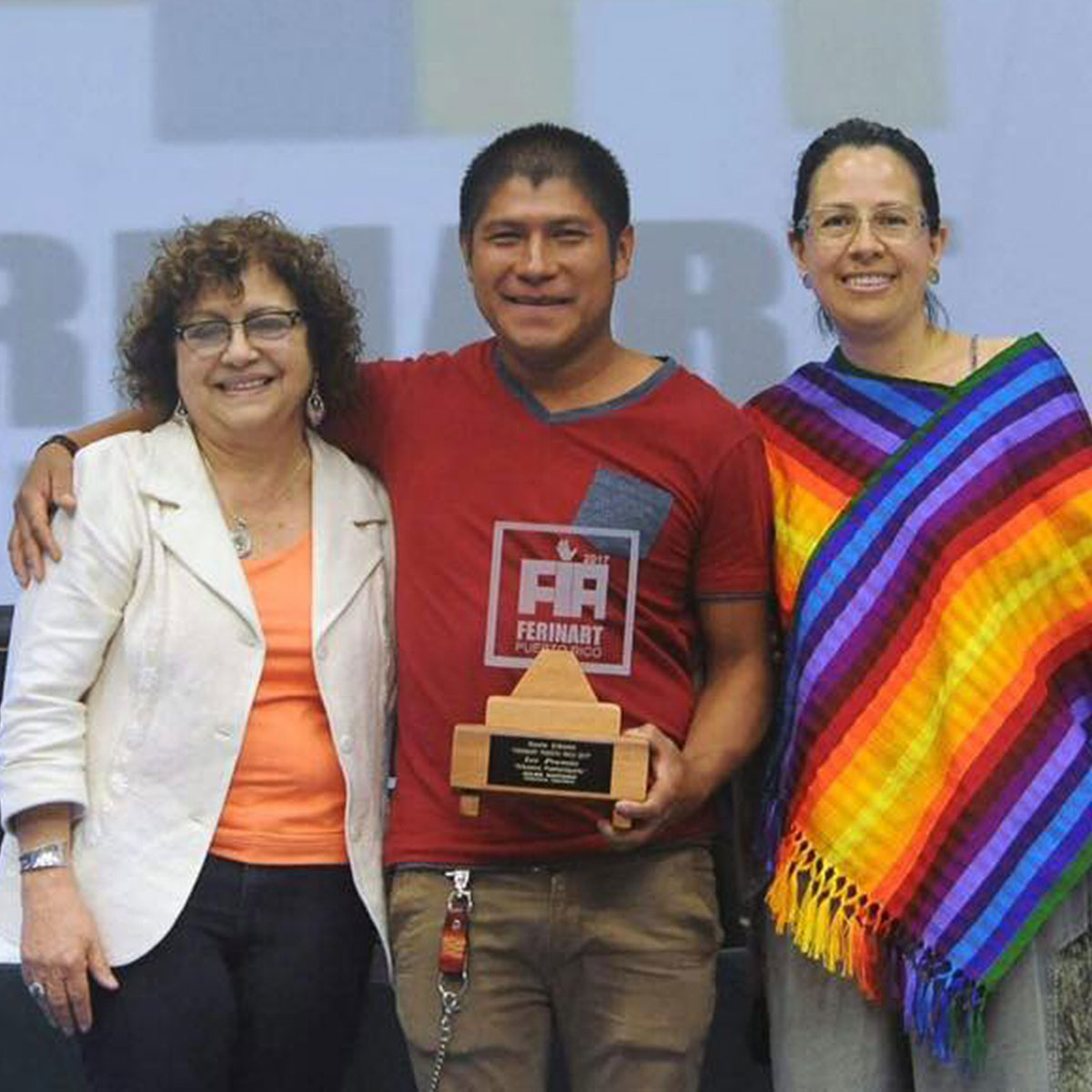 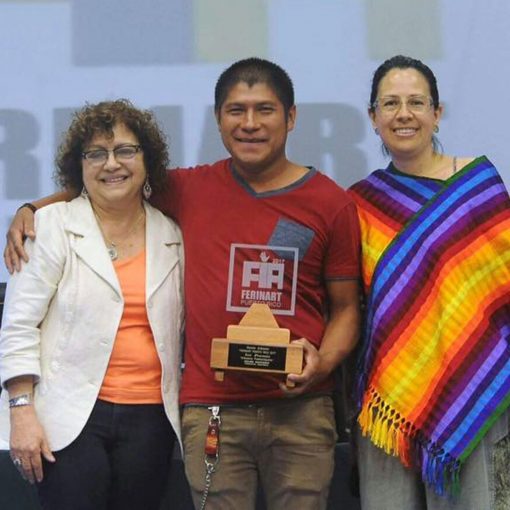 Another showcase collector piece. Agustin Jr. takes after his dad (Agustín Cruz Tinoco) as an amazing carver. This single piece Nahual’s Dinner is based on an original style his dad would carve in early days (see picture) but never painted back then. The Nahual is a Mesoamerican religious figure – a human being that has power to transform either spiritually or physically into an animal form. It is believed each person has their own associated animal counterpart. This is piece is quite unique and dramatic. Really brings out the best of carving and the Cruz family tradition. He is fresh off a Best International Artist award at Puerto Rico’s 2017 International Art Fair.